A songman was highly regarded. He was a special performer who composed songs to describe day-to-day events. His extensive repertoire could be enriched by songs handed down from ancestors. 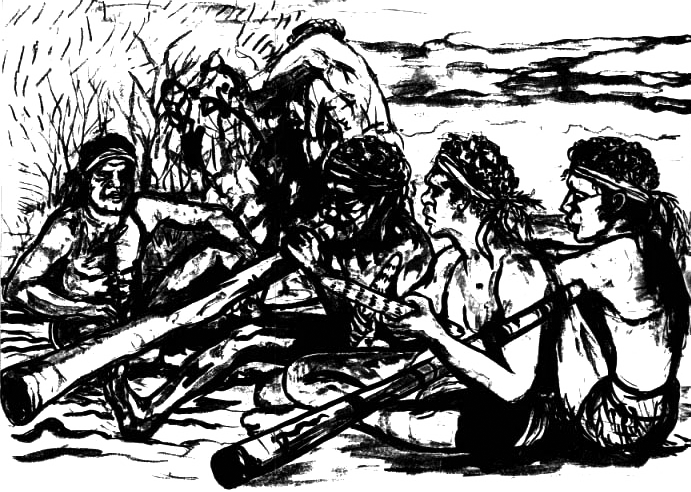 Like the skilled didgeridoo player, the songman was often asked to perform for other groups, and was rewarded for his services. He could be noted for his voice of varying pitch, leading others in a chorus.

There were specialist leaders in dancing as well.

This was a central part of ceremonies and often involved miming, especially of the actions of animals. The length of these songs could last several days, weeks and even months.